Star Wars, The Force Awakens, The Last Jedi, The Rise of Skywalker

So, after a few days mulling it over, here’s a thumbnail summary of the new Star Wars trilogy:

1. The Force Awakens: Remind people what Star Wars feels like, get them back into the cinemas. Pure nostalgia with modern effects. I think this is the most fun of the new trilogy.

2. The Last Jedi: Take the franchise to new and interesting places. Introduce character arcs like Poe Dameron growing from reckless hotshot to responsible officer. Despite some problems I think this is the best of the new trilogy.

3. The Rise of Skywalker: Ignore most of what The Last Jedi did in favour of wrapping up the stories of the legacy characters. Enjoyable more as a sequel to The Force Awakens.

Overall I still liked The Rise of Skywalker, but I do wish it had respected more of the foundations laid in The Last Jedi. I liked the originality of The Last Jedi even if I felt it could have been tightened up with some editing.

Star Wars, The Rise of Skywalker

This is an entirely spoiler free thumbnail review of Star Wars: The Rise of Skywalker (aka TROS). Overall I liked it, but didn’t think it was the best in the series by a long way. END_OF_DOCUMENT_TOKEN_TO_BE_REPLACED

I saw the The Last Jedi today and enjoyed it. The Last Jedi is solid middle of trilogy fare that leaves you looking forward to Episode IX.

The biggest problems with The Last Jedi are the length at almost three hours, the fact that the film should have been tightened in the editing room, and one problem that it oddly shares with The Anthem of the Heart.

The context is different, the events are different, but The Last Jedi features a dose of parallel story telling where you’re never quite sure they’re lining things up properly.

Overall, good but not great, and I really am looking forward to Episode IX. 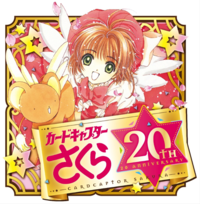 As reported by CrunchyRoll here a new Card Captor Sakura anime project is in the works. It’s part of the 20th anniversary celebrations, and after initially going “oooh” I have a few more thoughts on the matter. END_OF_DOCUMENT_TOKEN_TO_BE_REPLACED 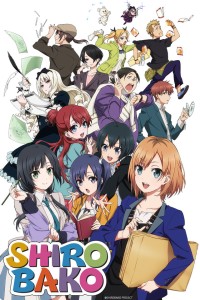 I suppose it’s that time again. So here’s the top 5 posts for the 4th quarter, year, and all time, plus some other random commentary on the year. END_OF_DOCUMENT_TOKEN_TO_BE_REPLACED