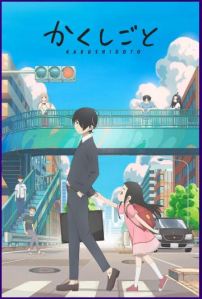 By the end of its run Kakushigoto was an acrobatic mix of comedy, drama, and tragedy, which is an extremely difficult story to get right

And then Kakushigoto damned well stuck the landing with a near perfect dismount.

There were tears, and then there was massive laughter at the final punchline.

Throughout it all Kakushigoto remained the charming show that its first episode promised, and at the end brought to fruition the emotional resonance that was only starting to show around episode 5 or so.

That’s all I’m going to say about the Kakushigoto finale. You should be watching this without spoilers if possible, so you’re not going to find any here.