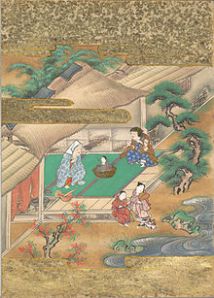 Faery tales are funny things that never quite die in the collective consciousness. The same applies to folk tales and classic mythologies.

They may get reimagined, reworked, rebadged, but the common core remains in the foundations of a culture.

You can see this in Lord of the Rings with acknowledged influences from Nordic, Germanic, and Finnish mythology[1] (among others)[2].

You see it in the way that the Arthurian mythos never quite dies, and see it in me by how I saw Puella Magi Madoka Magica.

This is not to accuse anyone of plagiarism, or even of unoriginality, only to acknowledge that there are cultural influences that may manifest in unexpected places. 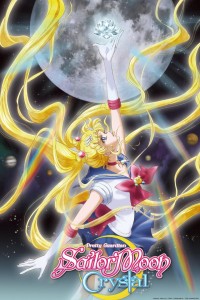 It isn’t something I would have noticed before[3], but watching Sailor Moon Crystal with friends has suddenly brought the similarities to mind. E.g. Kaguya-hime is a princess from a moon kingdom and the tale contains elements of lost memories, and forbidden (or at least discouraged) romances.

Sound familiar? Having seen the first 8 or so episodes of Sailor Moon Crystal it is certainly sounding familiar to me.

Given that Kaguya-Hime is considered the oldest extant Japanese narrative[4] it doesn’t surprise me in the slightest that it, or aspects of it, manifest in odd or unexpected places in anime.

I’m betting that the answer to that question is: a lot.

Feel free to sound off in the comments with suggestions.

[2] There are many other examples in Western literature. Some I could comment on more snarkily than others but I’ll mostly let them lie. ***COUGH*** David Eddings ***COUGH***. (Hey, I said mostly).

[3] I still haven’t seen much of the original Sailor Moon. I mostly skipped it at JAFWA.

[4] See the Tale of the Bamboo Cutter Wikipedia link.

9 thoughts on “From Princess Kaguya to… Sailor Moon?”